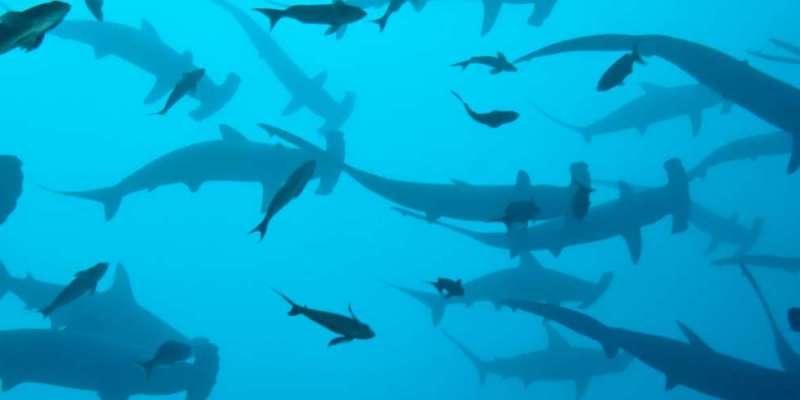 Cocos island (also called Isla del Coco in the native tongue of Costa Rica), is located in the Pacific Ocean, approximately 550 km from the Pacific shore of Costa Rica. It is an island declared as a Costa Rican National Park off the shore of Costa Rica since 1978. Surrounded by deep waters with counter-currents, Cocos Island is admired by scuba divers for its populations of hammerhead sharks, rays, dolphins and other large marine species which are very abundant in this unique meeting point between deep and shallow waters.